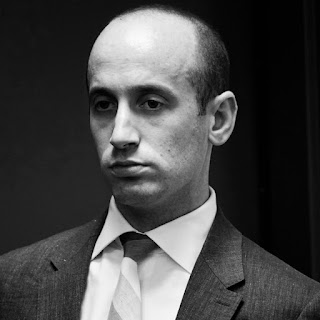 (The Hill) - "Twenty-five Jewish House members called on President Trump to fire Senior Adviser Stephen Miller over leaked emails showing he promoted stories from white nationalist media publications. “As Jewish members of Congress, we are calling on you to immediately relieve White House Senior Advisor Stephen Miller of all government responsibilities and dismiss him from your Administration," the lawmakers wrote in a letter Friday.

"His documented support for white nationalist and virulently anti-immigrant tropes is wholly unacceptable and disqualifying for a government employee."

The rebuke of Miller comes after the Southern Poverty Law Center (SPLC) published summaries of hundreds of emails Miller sent to Katie McHugh, a former editor at Breitbart News, that included links and references to far-right websites. Many of the emails centered around anti-immigrant messages."

Read more: https://thehill.com/homenews/house/475584-25-jewish-lawmakers-ask-trump-to-fire-stephen-miller-over-white-nationalist
Posted by The Black Conservative at 3:10 PM