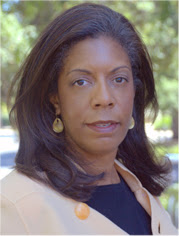 It is a common belief that the main role of conservatives in U.S. national security during the second half of the 20th century was to militarize U.S. foreign policy or to demonize anyone who opposed them.

The untold story of U.S. foreign policy during the Cold War era, however, is that many people from the conservative ranks worked with Democrats, Libertarians, and independents to defend the nation through activities that are today called community organizing.

R. Daniel McMichael was one such American. Starting in the late 1950s, he joined with individuals like the late Frank Barnett to develop strategies rooted not in partisan politics but in the American Idea. They believed that a nation-state firmly founded on the principles of liberty, equality, democracy, property rights, religious and political freedom, and limited government could withstand the challenges a national government might pose to those principles.
Read more: http://triblive.com/opinion/featuredcommentary/4784719-74/cold-national-war#ixzz2hsFF1Fop
Posted by moderator at 2:05 AM