Foxy Brown: It's as American as apple pie. 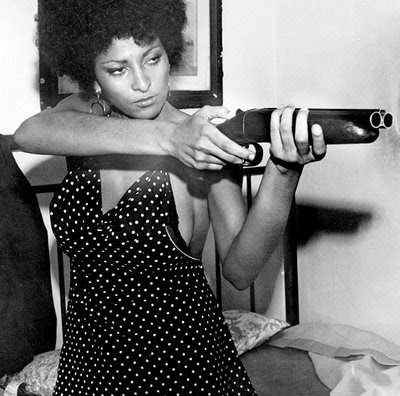 Believe it or not, black women own guns.

As a rule, the gun owning women of color don’t taut that element of their lives. Black women shoot, hunt, compete, and collect guns like everybody else but don’t disclose it publically. Thesaviors of black America have had to do so without publicity, fanfare or much support from anyone.

Read more: http://kennblanchard.com/black-women-guns
Posted by moderator at 3:34 AM