David French, a conservative constitutional lawyer, and a columnist for National Review Online warns the conservative movement about "rushing to judgement" in this particular case. 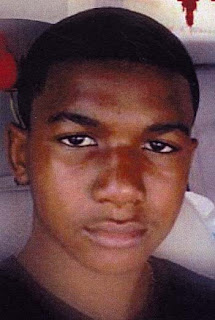 Listen to conservative talk radio, read conservative comment boards, read many conservative pundits, and you will see a relentless critique of the state’s evidence against Zimmerman, angry denunciations of the left’s abuse of the case for political gain, and even outright scorn for the idea that Zimmerman might be guilty of any crime at all.

This response is troubling on the merits, but it also contradicts a number of important conservative values. Zimmerman’s behavior on February 26 was problematic at best, and extreme rhetoric in his defense may one day come to haunt the conservative movement.

Read the entire article here: http://www.commentarymagazine.com/article/conservatives-and-the-trayvon-martin-case/
Posted by moderator at 9:52 AM